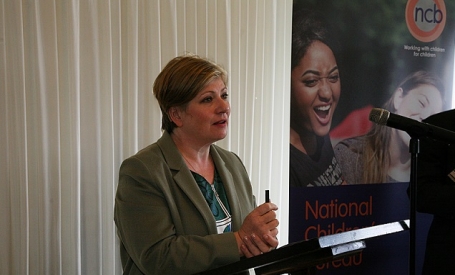 Islington-based charity the National Children’s Bureau (NCB) joined Emily in Parliament this week to celebrate the launch of a new report on children’s health.

The National Children’s Bureau (NCB), which is headquartered in Wakley Street, N1, published its report on Monday. Titled Poor Beginnings: Health inequalities among young children across England, the report highlights significant disparities between the health of young children based on where they grow up. But it also suggests that strong efforts on the part of some local councils to reduce health inequalities mean that poor health isn’t inevitable in all deprived areas.

Speaking as NCB’s local MP, and a member of the House of Commons Health Committee, Emily praised the charity for producing its report and warned against the cuts to public health funding that the Conservative Government announced earlier this year.