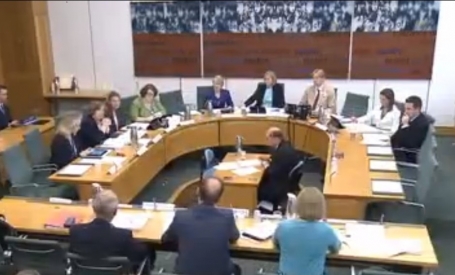 A marathon hearing this morning showed that the Health Committee has its work cut out. The Government’s pursuit of a ‘seven day NHS’ promises another massive shake-up of our health service, and the fact that this is happening at a time of such uncertainty over long term funding is a real worry…

I completely agree with Simon Stevens that public health is ‘central’ to achieving his aims for the NHS and that cutting funding ‘would not be a smart approach’. But with George Osborne threatening yet more massive cuts across the board, it is far from clear that this is understood within the Government.

What also concerns me is that we still appear to be very far away from having any long term funding settlement for the NHS. The Five Year Forward View said that the bare minimum of funding needed just to keep the health service ticking over was £30 billion. But £22 billion of this was assumed to come from efficiency savings, which no-one, either inside the NHS or outside, seems to believe is a remotely realistic target. It’s been suggested that even Simon Stevens doesn’t believe it.

I asked him for more clarity in terms of where and how he expected these huge savings to be made, but unfortunately I’m no closer to believing this is possible now than I was yesterday.

What’s more, much of NHS England’s plan appears to be based on an assumption that we will see a substantial shift within the NHS from emergency hospital to primary care in the community over the next few years. But such a shift will not be possible without a major increase in the number of GPs, for which the Government still has yet to articulate a coherent plan, together with a commitment to provide adequate resources for social care and public health, both of which remain under threat.

I look forward to exploring these issues in depth over the coming months and continuing to press for the answers that are needed to maintain public confidence in the continuing viability of our health service.