Emily speaks out against Tory budget 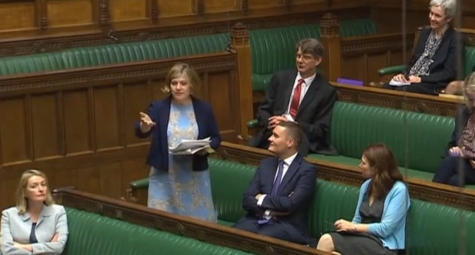 Yesterday Emily spoke out against the Tory Government’s controversial new budget in the House of Commons, blasting a set of measures which she said will see “the poor get poorer and the rich get richer”.

The debate can be viewed online at http://goo.gl/Un1cwZ.

Alice in Wonderland meets George Orwell in this latest Tory budget, where a living wage is no longer enough to live on and poverty has nothing to do with how much money you have.

Having spent the better part of a year attacking Labour’s proposals for stable rents in the private sector as ‘Venezuelan-style rent controls’, the Tories now propose to force landlords to cut their rents, but only in the social sector where it will make the least amount of difference in terms of cutting the housing benefit bill. Under the Tories, the number of working people relying on housing benefit has already shot up by 60%, with private renters making up 98% of the increase since May 2010 this is hardly a surprise to those who live in London.

This is a budget that does nothing for private renters, just as it does nothing to increase the supply of genuinely affordable social housing. Boris Johnson’s obstruction of affordable housing at Mount Pleasant is cheered on the Tory benches while hard-pressed families in Islington continue to struggle with obscene housing costs.

And the Tory assault on working families continues, with cuts to tax credits which will take up to £2,000 a year away from low-income families with children, while corporations are expected to pay less of their fair share in taxes. Islington deserved so much better than this disgraceful budget.